The United Churches organized the United Churches Award Luncheon on September 30, 2022 in Washington, D.C. to honor leaders who have made significant contributions to the protection of human rights and the betterment of their communities and the world.

Bobby Hunter, a former member of the world-renowned Harlem Globetrotters and one of the 50 finest players in the Rucker Pro League, serves as the chairman of the United Churches. Recognizing and bringing together leaders who have fearlessly done the right thing and joined forces to promote human rights for all in the face of the world's many crises is very significant.

Dave Nash, a retired Harlem Globetrotter and the education and outreach liaison at the National Library of Medicine, was the master of ceremony of the event, and the other honorees included Dr. E. Faye Williams, National President Emeritus of the National Congress of Black Women, Inc.; Choo Smith, member of the prestigious National Basketball Retired Players Association; Pastor Mary Ann Crandell, holder of accreditation from the National Christian Counselor Association and the National Association for Executive Women; Dennis M. O’leary, founder and chairman of DarkPulse Inc.; Dr. Lola Bayode, a medical professional and the founder and president of Dorian Home for Charity and Social Welfare; Johnny L. Ford, the founder and secretary general of the World Conference of Mayors and former mayor of Tuskegee in Alabama; Rev. Dr. Agorom C. Dike, president and founder of the Caribbean and African Faith-Based Leadership Conference; and Shilah Phillips, the 2006 Miss Texas.

Bishop Acen Phillips is now 87. When he was only 5, he witnessed his uncle being lynched. This motivated him to become a minister fighting for civil rights. In 1963, he participated in the historic March on Washington, where Rev. Dr. Martin Luther King, Jr. delivered the "I Have a Dream" speech. Bishop Phillips’ lifelong efforts for human rights have been widely recognized and praised. Other honorees have also made valuable contributions to human rights protection.

Dr. Hong, Tao-Tze, president of FOWPAL, stated in his acceptance speech, “It’s a great honor to receive the United Churches Global Human Rights Award. The award encourages all of us to ‘fight for our rights,’ learn from the past paradigms, consolidate our current efforts, and realize our aspirations for the future.”

Dr. Hong also encouraged everyone to “pursue truth, protect human rights with love, and defend justice with conscience.” He sincerely hoped that “everyone in the world, regardless of race or nationality, can respect one another and learn from one another's cultures, care for one another, implement human rights protections, safeguard freedom of thought and religion, create a world of love and peace with conscience, and let a culture of conscience take root in people's hearts.”

Dr. Hong presented to Bishop Acen Phillips and other awardees Conscience Scarf and the Compass Clock of Conscience. The clock represents time, direction, and goal, guides people toward the right path of life, and reminds them to seize every moment to apply conscience and do good deeds. Dr. Hong also shared with them a book entitled The History of International Day of Conscience, which documents the crucial cooperation among FOWPAL and various permanent missions to the United Nations, which made the United Nations’ designation of April 5 as the International Day of Conscience possible.

Over the past 20 plus years, Dr. Hong has led FOWPAL to more than 300 cities in 101 countries, bringing people closer together through cultural exchange, awakening people’s conscience, and connecting leaders in all fields to promote love, human rights protection, and global sustainability, as well as to foster peace, harmony, and co-prosperity in the world.

On September 23, 2022, Dr. Hong led FOWPAL to co-host the World Leader Summit of Love and Peace, as well as ceremonies of ringing the Bell of World Peace and Love in New York, with the Permanent Mission of Kiribati to the United Nations and various international NGOs. Over 100 leaders from 27 countries attended the summit, and Bobby Hunter was one of the speakers and bell ringers.

"We wish to join you. We love you," said Bobby Hunter to Dr. Hong when he was about to ring the Bell at the summit. As chairman of the United Churches, Bobby Hunter represents 20,000 churches. He said,“The idea of United Churches fighting for your rights is to bring everybody together with love and peace so that we can protect ourselves." He emphasized the importance of solidarity, saying, "At one time, I thought I was by myself. It's very important for us to honor thy neighbor." "We are together!" he reiterated.

The event hosted by Bobby Hunter opened up more opportunities for leaders in all circles to inspire kindness in the people of the world and work together to defend human rights and justice. FOWPAL will continue to work with more leaders and organizations in all corners of the world to shine the light of humanity and bring hope for sustainability.

FOWPAL encourages everyone to endorse meaningful declarations, taking action to promote conscience and human rights. To date, the Declarations for Human Rights of World Citizens and Peace have been endorsed by over 3.7 million people in 200 nations, and the Declaration for the Movement of An Era of Conscience and the Declaration of International Day of Conscience have been endorsed by over 340,000 people in 200 nations. FOWPAL hopes that with the collective efforts of global citizens, human rights and peace will soon prevail! 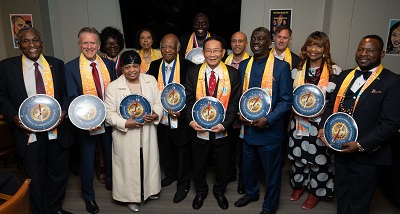 Tai Ji Men Nei-Hu Academy celebrated its 19th anniversary on Sep.18, 2022, with the theme "The Years Are Good, Our Happiness Remains." They invited many guests from all walks of life to gather on the day of the celebration. 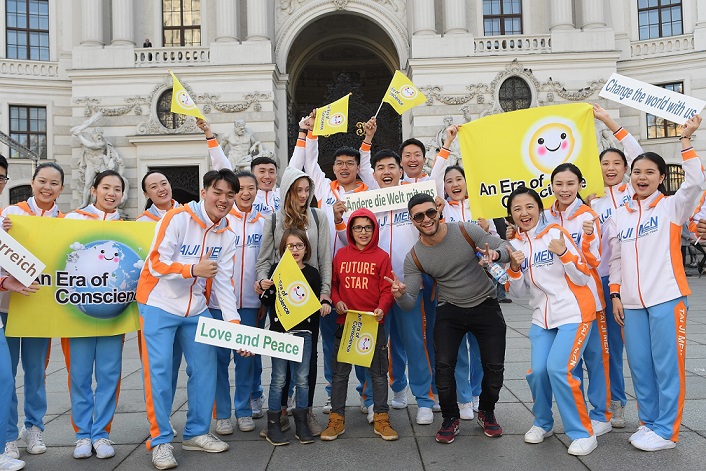 The world is in turmoil in 2022, with frequent natural and man-made disasters and epidemics such as COVID-19 and monkeypox threatening human health. 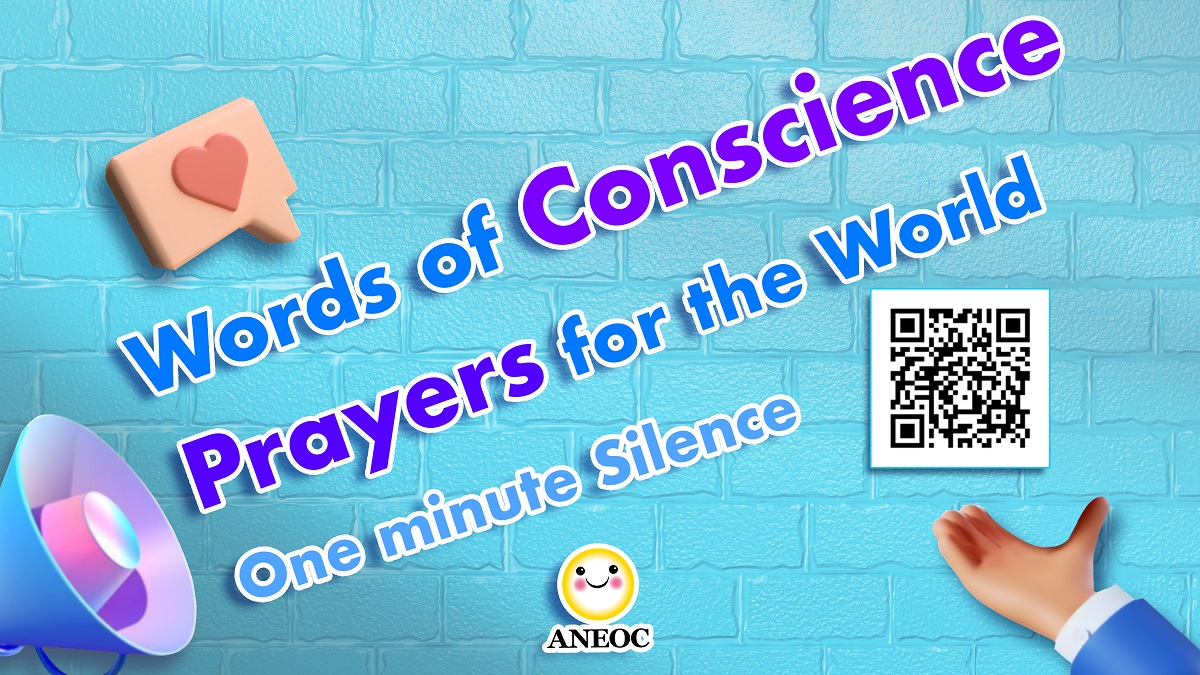 Words of Conscience: Prayers for the World & One-minute of Silence 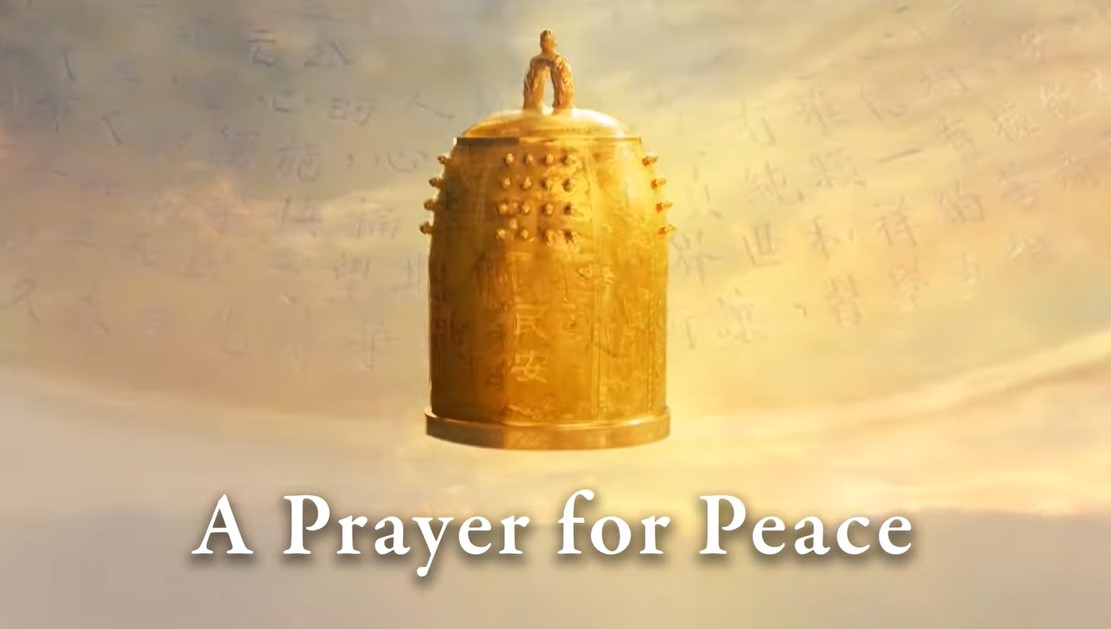 At the critical moment, it is necessary to awaken people’s conscience to resolve the conflicts with love, as well as achieve peaceful coexistence among people and between humans and nature. 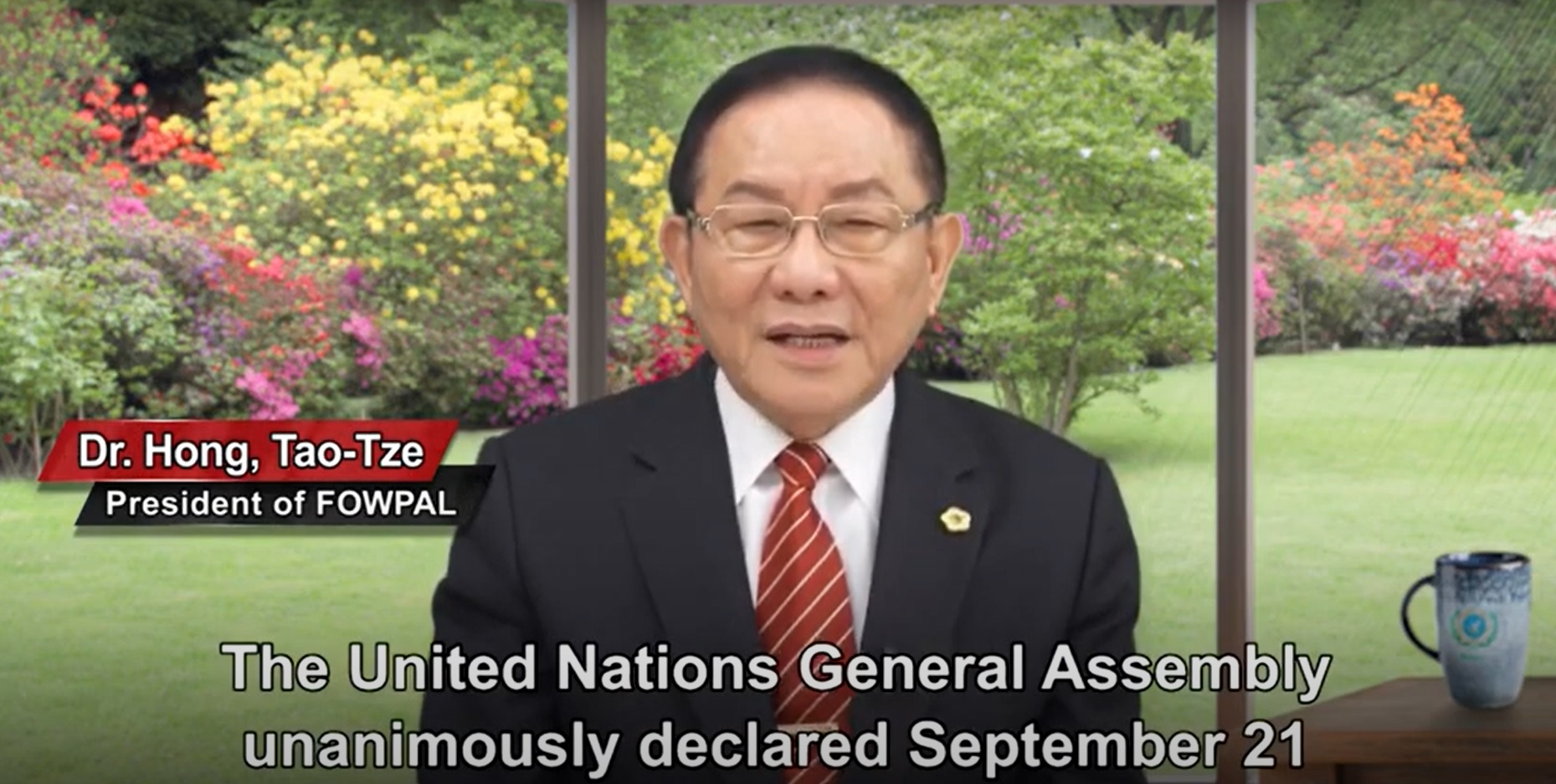 Celebrates the International Day of Peace with Love and Conscience

Conscience is the key to global peace and sustainability. ~ Dr. Hong, Tao-Tze 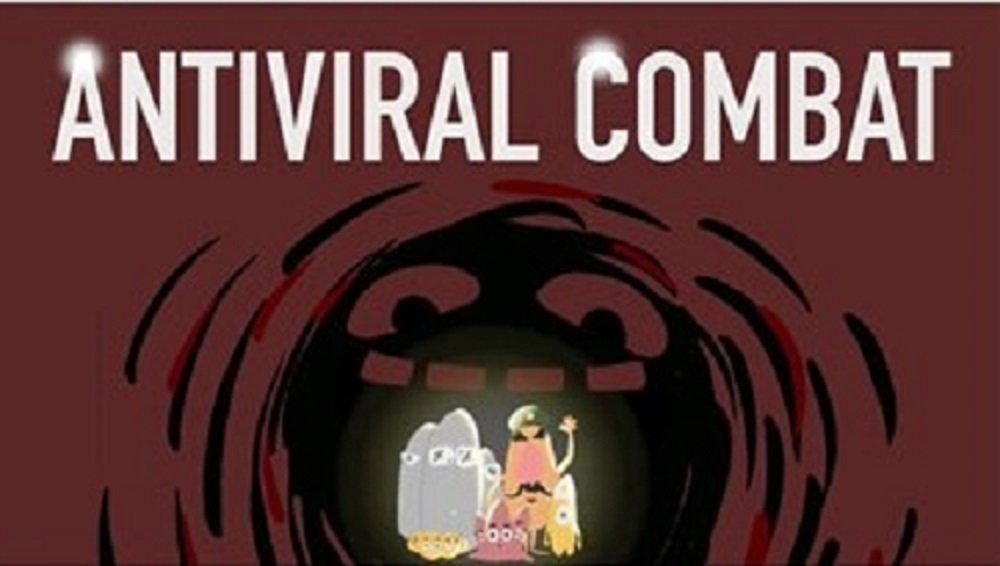 The animation "Antiviral Combat" makes a powerful premiere on the ANEOC website.

Covid-19 has wreaked havoc on the human race. Not only are people's lives and health at stake, but is the global economic system. As the pandemic continues, different variants surface one after another. 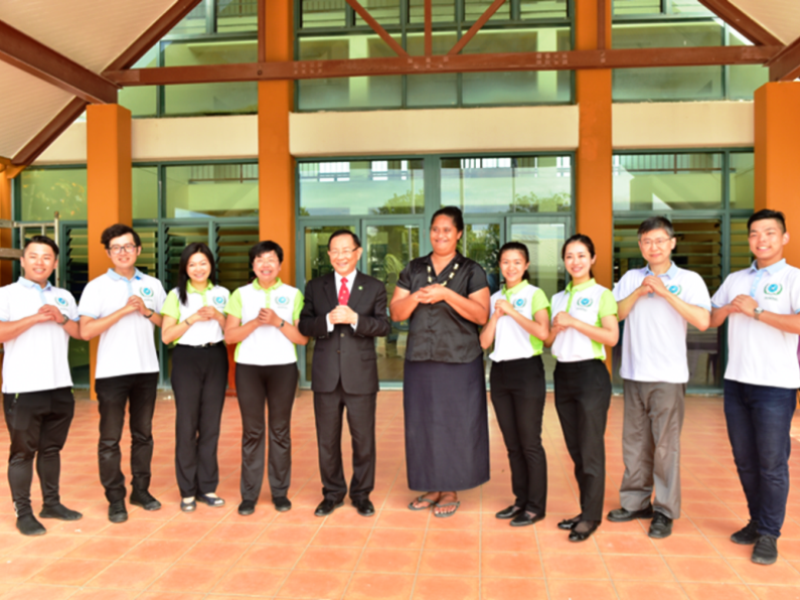 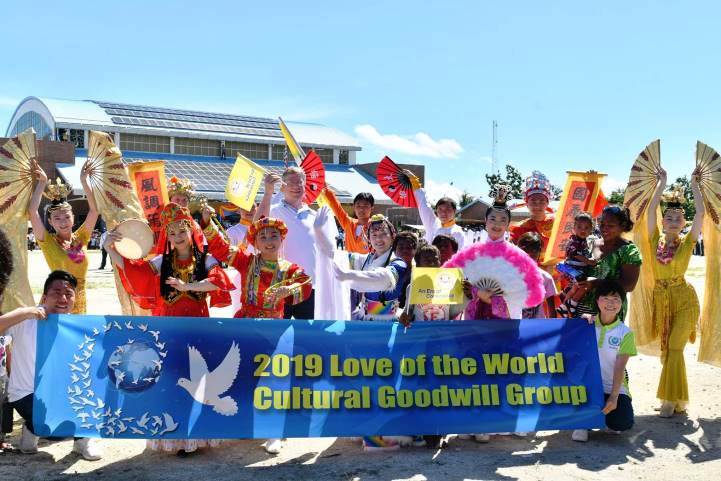